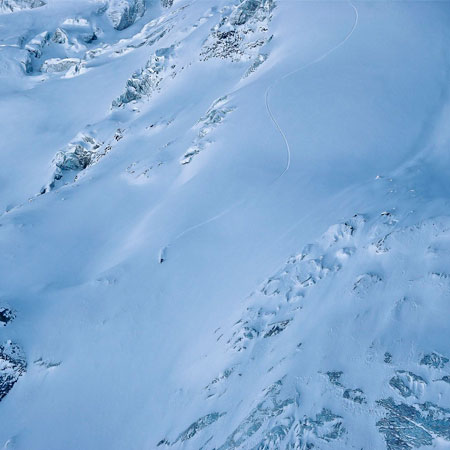 Ptor’s 27 years of ski mountaineering and global guiding experience, have taken him to the worlds great mountain ranges. His passion for adventure, pioneering ski descents and dynamic style have helped him develop a name as “one of the 48 most influential skiers of the last 35 years” (Powder Magazine) and “one of the 50 most influential backcountry pioneers” (Backcountry Magazine). In 2013 Ptor was inducted into the first class of the Action Sports Hall of Fame. Ptor lives with his wife and two sons in La Grave, France. After family time, he prioritizes time in his gardens and working as a carpenter when not skiing steeps in the Parc National des Ecrins, paragliding or mountainbiking. Ptor also thinks skiers can learn from snowboarders on how to make skis and how to ride the mountain.